Hardee's made a set of Muppet Christmas Carol finger puppets in 1993, to promote the video release of this feature film.

In addition to the toys, there was a static window decal to advertise the promotion. 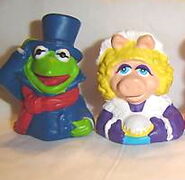 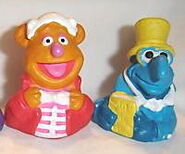 Add a photo to this gallery
Retrieved from "https://kidsmeal.fandom.com/wiki/Muppet_Christmas_Carol_finger_puppets_(Hardee%27s,_1993)?oldid=7544"
Community content is available under CC-BY-SA unless otherwise noted.