Start a Wiki
Nick Japan website for the toys]

Japanese model IMALU appeared at a press event to announce the toys.

There is an internet meme involving this ad called the "Insane Set", a pun on the kid's reactions to the toys and the Japanese name of the Happy Meal. Which is called a "Happy Set". 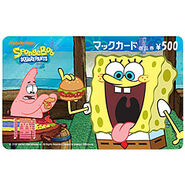 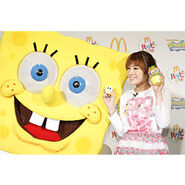 IMALU with SpongeBob, promoting the line of toys. 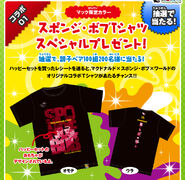 Add a photo to this gallery

Retrieved from "https://kidsmeal.fandom.com/wiki/SpongeBob_SquarePants_(McDonald%27s_Japan,_2011)?oldid=13804"
Community content is available under CC-BY-SA unless otherwise noted.